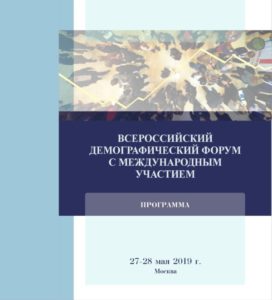 The Institute emerged in the late 1980s as a result of the split between the academic social-political researchers discussing ways to reform Soviet society and the political system. The founders of the Institute believed that any reforms of the social system should be based on a clear legal framework, evidence-based political decisions, and evaluated regarding its social impacts. These positions used to be revolutionary for the Russian-Soviet times.

Since the foundation in 1991, the Institute pays particular attention to the analysis of social control mechanisms changes in modern societies, including the legislation, religions, social values and standards. So, the Institute permanently monitors and makes predictive estimates the social and political impact of the current regulations and state policies, as well as legislative drafts.

Nowadays the Institute consists of over 80 highly-qualified scholars working in several research Centers which provide a huge range of advanced studies of the current trends of societal, political, and legal development both Russian and International ones.

The Institute annually publishes a wide range of books, research journals, articles, as well as maintains and regularly updates the database of sociological and demographic monitoring.

The results of the realized Institute’s projects are contributing to the emerging in Russia the evidence-based policy.

The Institute has postgraduate and doctoral studies and the International UNESCO Chair on Social and Humanitarian Sciences.

The Institute collaborates with research centers, institutes, and universities of the European Union, Northern and Southern Americas, China, and Japan.

Regarding the order of the Ministry of Higher Education and Science of Russia, ISPR RAS joined the structure of the Federal Center of Theoretical and Applied Sociology of the Russian Academy of Sciences (FCTAS RAS) on the 5th of December, 2019.